Anna Karenina is one of the most popular novels of history. It’s written by Leo Tolstoy. It’s written in the “Russian Messenger” as serial installments. After a clash between Tolstoy and editor of book about political issues, Tolstoy didn’t release the end of book as installment and it was possible to see it only on book. Critics reviewed book as the pioneer of realistic fiction. Many famous writers of era like Fyodor Dostoevsky praised the book as a state of art. Also Faulkner announced the book as “the best ever written” one in the history. There are many translation and adaptation of book. How many Anna Karenina movies are there?


Directors are making cinema adaptations of novel since 1914. It was first adaptation made by famous director Vladimir Gardin. It was an early work of legendary director and praised by critics. After success of Anna Karenina, Gardin directed another Tolstoy novel, War and Peace.
After success of first film, an American adaptation of it is made in 1915. It was a silent movie directed by J. Gordon Edwards. Silent movie stars like Betty Nansen was on the cast. Beside all positive reviews about movie, the video is lost and there are still search for the original copy.
First sound film adaptation of novel is made in 1927. Star of movie was Greta Garbo was on cast. Movie is directed by Edmund Goulding. It was an American adaptation of novel and name of movie was “Love” Production Company made two endings for the movie and many changes on original novel. It was one of the early films produced with two endings. Happy ending was in the theatres. 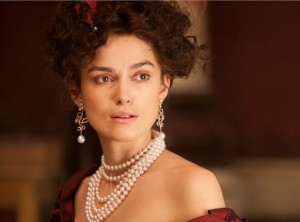 After success of Greta Garbo in the first Anna Karenina adaptation, famous director Clarence Brown again worked with Greta Garbo in 1935 adaptation of novel and Fredric March and Maureen O’Sullivan were other stars. According to critics, Anna Karenina 1935 adaptation was one of the most successful and stick to original one in the history. Movie’s box office was $2,304,000 and it was a record that broken too many years then. Also movie entered “American Film Institute’s list of AFI’s 100 Years… 100 Passions.” List. 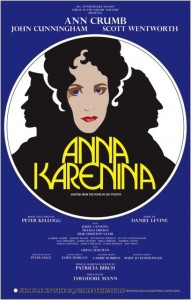 Anna Karenina adaptation in 1948 was the first English adaptation of the novel. Movie is directed by Julien Duvivier and cast was Vivien Leigh and Ralph Richardson. Film couldn’t take critical and box office success but it created big effect because of political issues. After a clash between anti-British organisations and British clubs, a popular club of time, the Sons of Liberty picketed at some American Cinemas.
In 60s, Anna Karenina novel became popular with its love theme worldwide and many foreigner directors made adaptations with different names. One of the most popular foreign movie adaptations of novel is “Nahr al-Hob” which is translated to English as “River of Love” It’s accepted as one of the best Egypt movies of all time. It was totally converted adaptation with names and story. It was also one of the early movies of Omar Sharif.
Most popular made for TV versions of novel is Anna Karenina adaptation in 1985. Cast was full of stars Jacqueline Bisset, Christopher Reeve and Paul Scofield. Movie gained critical success and according to biography of Christopher Reeve, it was the first time he ride a horse and adore them but in 1995 he fall from horse and became paralyzed.
Latest adaptation of Anna Karenina is again British one. Keira Knightley and Jude Law starred the movie that Joe Wright directed. It took generally positive reviews from critics but there was also negative critics especially for star performances. 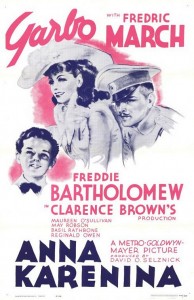